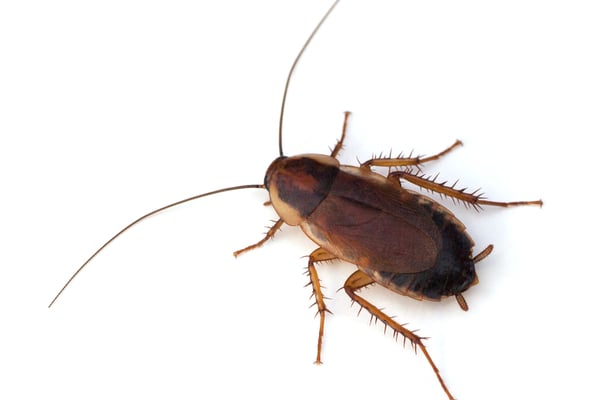 Outdoors, wood roaches are usually found under the loose or rotting bark, in tree holes, and in wood piles. They’re sometimes also encountered under cedar-shake shingles and siding or in gutters. Unsuspecting homeowners frequently bring wood roaches into their homes while carrying in firewood.

Females deposit and cement their egg capsules under the loose bark of dead trees, stumps, fallen logs, and in other protected places. They’ll produce an average of about 30 egg capsules, each containing around 32 eggs. Development time (from egg to adult) is quite long, ranging from anywhere between 280 to 766 days. In Ohio, the egg capsules are produced during the summer. The nymphs also hatch during the summer, overwinter as partially-grown nymphs, and mature the following May or June. Nymphs remain quite active during winter while nestling beneath tree bark. Adults are present from May until October.

Males are highly competent and frequent fliers. They’re attracted to light, so they often enter at night through cracks and crevices that let out light. Females access homes either by crawling in through cracks or by hiding in transported items like luggage or bags. Females can’t fly. This species rarely breeds or survives indoors. Inside, males usually stay inactive during the day unless they’re disturbed, but they’ll fly around lights at night. Like most roaches, they’ll eat just about anything, but they’re particularly fond of sweets and starchy material.

Make sure all your doors have door sweeps and all exterior vents have proper screening. Vent screens should be made of wire hardware with mesh holes no larger than ⅛”. Replacing white incandescent bulbs with yellow bulbs may help as well, especially around entrance doors.

Pennsylvania wood cockroach males measure ⅞ to 1 ⅛” long, while females are ½  to ¾ inches long. Both sexes are chestnut brown, and their pronotal shields (the back behind the head) and forewings have white edging.

Male wood roaches have fully-developed wings and fly quite well. Females cannot fly, as their wings are less developed and cover only about ⅔ of their abdomens.

When we control for Pennsylvania wood cockroaches, Plunkett’s Pest Control technicians begin by applying an exterior barrier treatment using residual liquid insecticide. We apply insecticide around the structure’s perimeter, beneath siding, eaves, and soffits, along molding, and even around the roofline.

We may also choose to distribute appropriate insecticide baits and dusts in strategic locations indoors or in garages. We’ll use these baits in conjunction with food lure pest monitors (stick traps), when warranted. When treating particularly severe infestations, we may “fog” attics and/or crawl spaces with non-residual aerosol insecticide.

In some cases, controlling Pennsylvania wood cockroaches effectively may require a quarterly pest management service program. Plunkett’s recommends these programs when large populations of roaches are present and landscape conditions are highly conducive to their propagation.

If you think you need help removing Pennsylvania wood roaches from your property permanently, contact Plunkett’s any time. No matter how entrenched or widespread the infestation, we have what it takes to wipe it out for good. 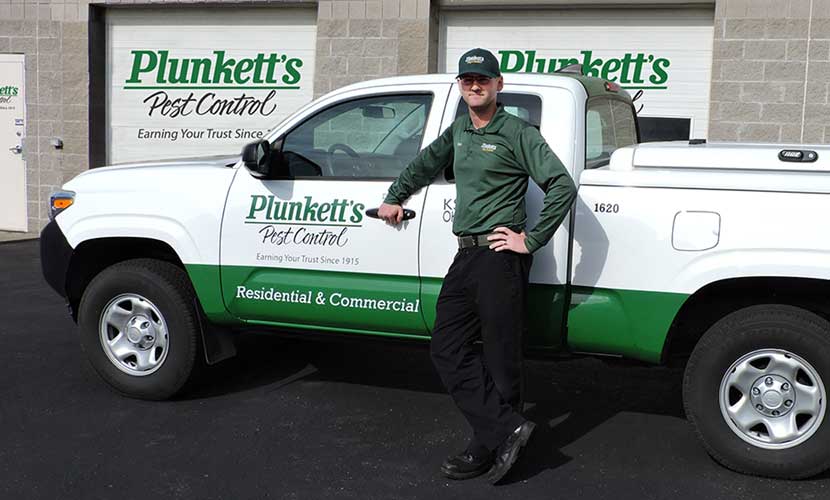