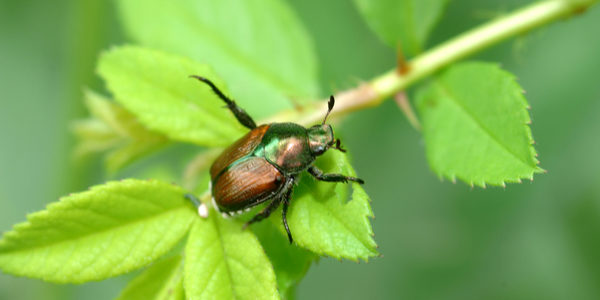 Beetles are an insect making up the Coleoptera order. There are over 40,000 species of Coleoptera, making it the largest order of insects in the world. In fact, the Coleoptera order make up 25% of ALL known animal life forms. There are tens of thousands of beetle species in North America. Fortunately, most of those species are completely harmless to both people and property. You’d probably either never notice them or only see them in passing.

Unfortunately, however, not all the beetle species in North America are harmless. We have our fair share of pests, too. We’ve split up these pests into four broad categories based on the kind of damage they can inflict. These are the types of beetles you might have to worry about, and how to tell them apart:

Wood-destroyers feed on and/or live inside wood, damaging it in the process. Different wood-destroyers infest different types of wood for different reasons. Most wood-infesters are called “powderpost” because they commonly attack “posts” of wood, reducing them to a fine “powder.” Powderpost beetles often infest old furniture. No matter what kind of wood they infest or why, these pests inflict structural damage in the process. There are three types of common wood-destroying beetle most common in the US:

As the name implies, carpet beetles infest carpeting and other fabrics. These pests feed on, lay eggs in, and damage fibrous material. Virtually every species of carpet beetle is oval-shaped and only around ⅛” long. Most carpet infesters behave similarly, too, so the primary way to tell them apart is their coloration. These are the carpet infesters you’re most likely to encounter in and around your home:

Unlike the other beetle types on this list, these pests don’t necessarily do serious damage. In fact, they may not do any noticeable damage around your property at all! Instead, they’re simply annoying. Really annoying. Well, and they might chew up your plants. Mostly it’s really the annoying thing, though. Here are the most common nuisances you might see flying around your home:

Obviously, these aren’t all the beetles you might encounter on any given day. Far from it, in fact! These are the pests you might have to worry about finding in or around your property, however. Despite their often striking appearance, beetles behave just like any other insect pests. That means you can deal with them just like any other insect pests, too.

If you have a beetle problem, feel free to give Plunkett’s a call any time. No matter which one of these pests you’re contending with, we know how to deal with them for good. In fact, we can help even if you don’t know which beetle you’re dealing with! We’ll figure it out and kick them out, guaranteed. 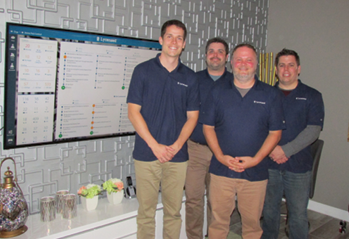 Program from Plunkett's Can Keep Technicians 'Lycensed'
Next

How Can I Keep Wasps From Building Nests Near Me?