BlogHow Earwigs Get Into Your Basement 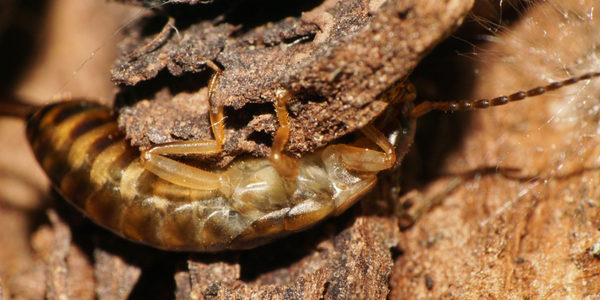 If you’ve never seen an earwig, count yourself lucky. Although they aren’t dangerous or destructive, you… tend to forget that when you run into one. They tend to seem bigger than their ⅝ inches in person. And those pincers are… intimidating. Even beyond its obvious intimidation factor, earwigs are just strange. You can understand how flies or even moths get into your home, but where did that thing come from? It’s a valid question, and answering it is important in more ways than one. It turns out, earwigs aren’t all that different from other crawling pests, despite their alien appearance. Learning how to keep this particular pest out of your home will help you keep other pests out, too. Here are four of the most common avenues earwigs use to access your home, and how to block them off:

All kinds of pests use door and window frames to get inside homes, because they provide natural access points. There’s already a small gap between the frame and the window itself. Your rubber weatherproofing creates a seal between the window and frame. Over time weatherproofing wears out and uncovers gaps, which insects use to sneak in. Frames are also more exposed than most parts of the home. Over time, they may crack and reveal access points. Earwigs are particularly fond of basement windows, where they can crawl straight from the dirt into your home. They’re also good at finding ways through cellar door frames or in through crawl spaces. Earwigs are particularly attracted to moisture, dirt, and leaves. They’ll congregate around condensation on windows or leaves that blow up against door and window frames. As more earwigs gather, the group begins to spread out--often through cracks and into your home. 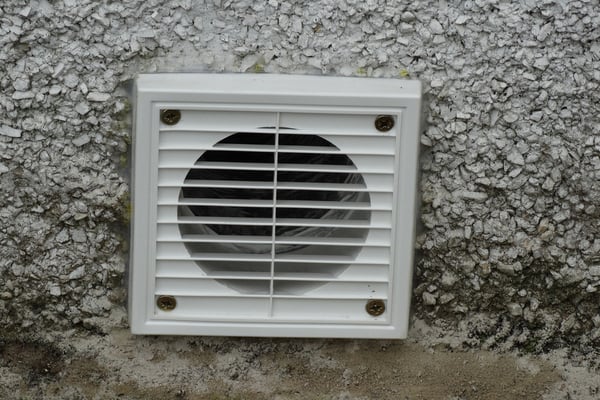 Earwigs are attracted to moisture. If they sense humidity, they’ll follow it until they’ve found its source. If you find earwigs inside, it’s probably because they followed a humid draft until they found an access point. Two of the most common sources of humidity they follow come from vents and water faucets. As earwigs approach these humid-producing fixtures, they frequently find convenient access points they’re all-too-happy to exploit. Both exhaust vents and water pipe vents expel moist air outside. Exhaust vents send air from your dryer and washing machine; water pipes shoot air out of your plumbing pipes. Either way, when earwigs feel that moist air, they’ll follow it. The bugs will often physically enter uncovered vent systems and follow them all the way inside. Even if vents are covered, however, utility lines like pipes often have gaps around where they enter homes. Outdoor faucets may have similarly exploitable flaws earwigs can use.

Earwigs are nocturnal. They emerge to forage for food at night, but they spend most of their time hiding beneath overgrowth and debris. They’re particularly fond of digging under layers of mulch, leaves, or topsoil, especially if it happens to be wet. If they can stay in a cool, dark, and moist area, they can remain active for longer than usual. Earwigs may even move through overgrowth instead of remaining stationary. Any leaf piles, overgrown plants, mulch, or other plant clutter around your home will attract earwigs. They’ll infest it, dig into it, and move through it. The closer that shelter is to your home, the better. Like other pests, earwigs need to stay undercover constantly in order to avoid predators. That means they’re particularly attracted to hiding places near natural barriers--like your home. Once they’ve found a good place to hide, they’ll stick around and keep getting closer. Eventually, they could end up inside. 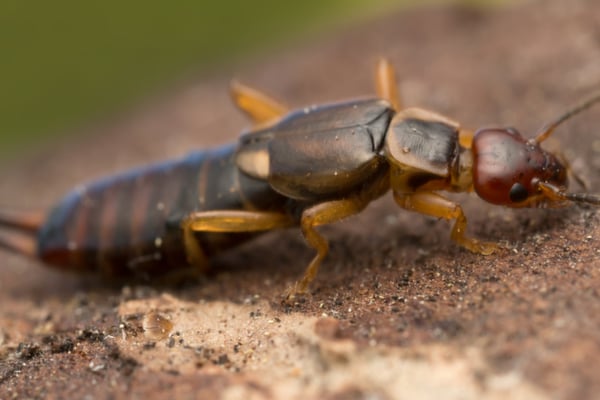 As they search for shelter and cover, earwigs often dig under topsoil or mulch. Earwigs can’t dig very well themselves, so they tend to look for dirt that’s easily sifted through. They’re also omnivorous garden pests who eat all kinds of plant life. Consequently, the pest frequently ends up in your garden, just beneath the surface of recently tilled soil. They also tend to group up around recent plant transplants around your yard. Unfortunately, they don’t stop once they’ve made it that far. The ideal earwig environment is dark, covered, quiet, and humid--but not wet. The bugs aren’t afraid to move from place-to-place until they find their ideal environment. Often, when a garden or mulch pile gets too wet, earwigs will vacate for a drier environment. When that happens, they might seek the shelter of your home. Earwigs frequently sneak beneath foundations, floorboards, crawl spaces, or other partially-buried access points. It starts outside, but it might not end there! ‌ Earwigs want what most bugs want: food, moisture, shelter, cover, and darkness. The trick to keeping them away is making sure they can’t get those things near you. If you can deprive earwigs of the access points listed above, they’ll leave your home alone. In fact, earwig-proofing your home will help keep all kinds of bugs out of your hair! If you do end up with an earwig infestation, however, don’t give up. Instead, call Plunkett’s any time. We’ll wipe out your infestation and help you figure out where it came from. Then, we’ll make sure it can’t happen again. No matter your earwig questions, concerns, or complaints, Plunkett’s are the experts to call!
Categories:
crawling insectsresidential pests
Previous 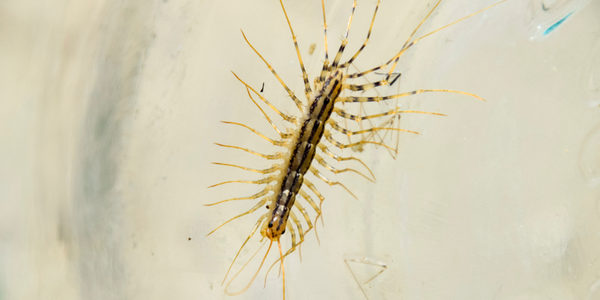 What Attracts Centipedes?
Next 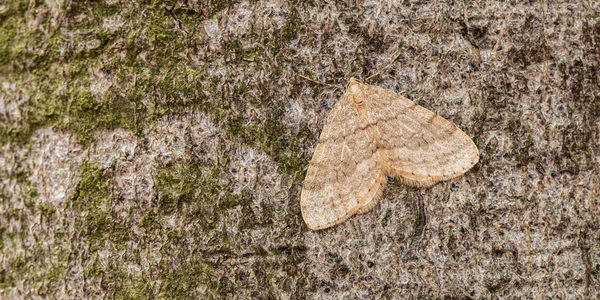 How Did Moths Get In Your House This Winter?