BlogThe Ground Beetle: How to Identify Them and Keep Them Out of Your Home 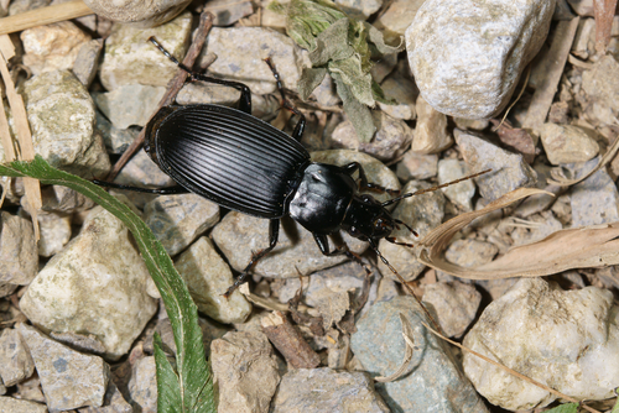 Even if you don’t know exactly what a ground beetle is, you’ve probably seen at least a few in your lifetime. That’s because ground beetles are one of the most common group of beetles in North America.

These black or brown, flat bugs aren’t dangerous or damaging, but that doesn’t mean you want them sneaking around or on your property. To learn more about ground beetles, keep them out of your home, and prevent future beetle issues, keep reading our ground beetle guide.

What are Ground Beetles?

Ground beetles are beetles within the family Carabidae and are one of the most common groups of beetles in North America. Beetles that fit into the ground beetle group do not damage structures or household goods. They also do not breed indoors. However, when adult ground beetles do come indoors, they can be a nuisance.

Most ground beetles are ½ to ¾ inch in length—however, their size varies greatly, and can be much larger or much smaller. They are usually brown or black and have hard wing covers. 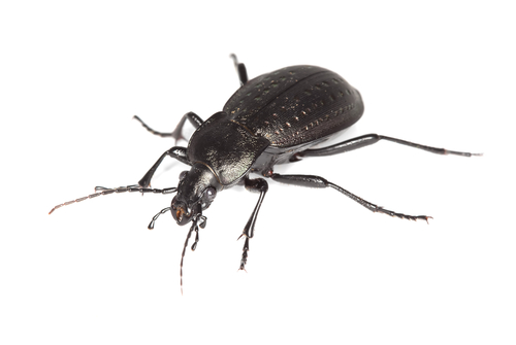 Ground beetles can often be mistaken for cockroaches when they enter a home or business, however, the two are easily distinguishable. Ground beetles do not move quickly, roaches do not have hard wing covers, and roach wings overlap one another (whereas ground beetle wings meet in a straight line).

Why Do Ground Beetles Enter Buildings?

Because ground beetles live, eat, and breed outside, it can be perplexing when they are found inside a structure. However, ground beetles will enter buildings because there is either too much or too little moisture outside, there are temperature shifts, they’ve run out of food outside, or just by randomly wandering inside. They seldom enter buildings in large numbers. 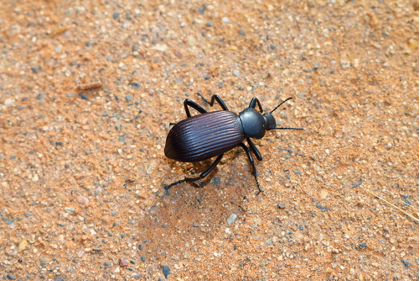 What Do Ground Beetles Do Once They’re Inside?

Once ground beetles are inside, they do not feed and do not damage the structure… they simply wander around. But just because they don’t eat your food or damage your home, it is still a nuisance to have beetles scurrying around.

How to Get Rid of Ground Beetles

If ground beetles have aimlessly wandered into your home or business, you can get rid of them by:

Can’t Get a Handle on Your Pest Problem? Get Help from Plunkett’s!

If you’ve tried the tips above and you still have pests in your space, it’s time to get help from the experts! Whether you’re dealing with a group of rogue ground beetles, some troublesome cockroaches, or some other pest entirely, the technicians at Plunkett’s can help! We have experience dealing with many different types of pests, so you can rest assured that we’ll get the job done. Schedule a service today! 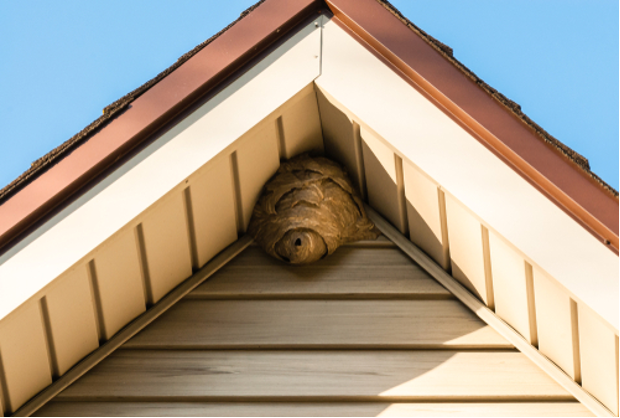 How to Get Rid of Wasp Nests
Next 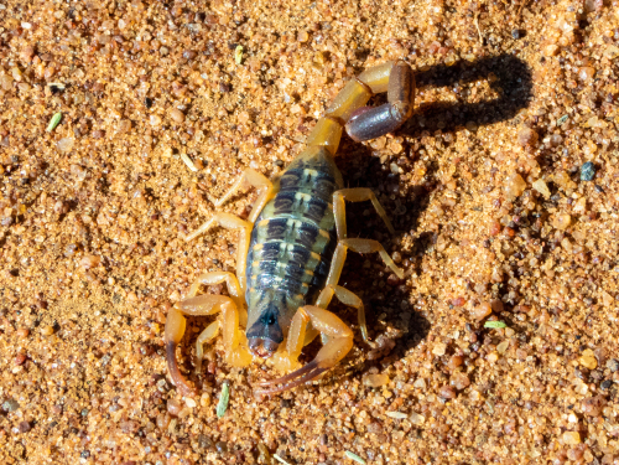 Creepy Creatures: What You Need to Know About Scorpions