The foreign grain beetle is a fungi, moisture, and decay pest beetle that loves feasting on dry foods like grain. They commonly infest midwestern homes during the fall.

Mature larvae are also 1/8“ long, but they’re a yellowish-white color and have an elongated, smooth-bodied appearance. They may resemble small, cream-colored worms. Larvae darken to their adult coloration during and after pupation. 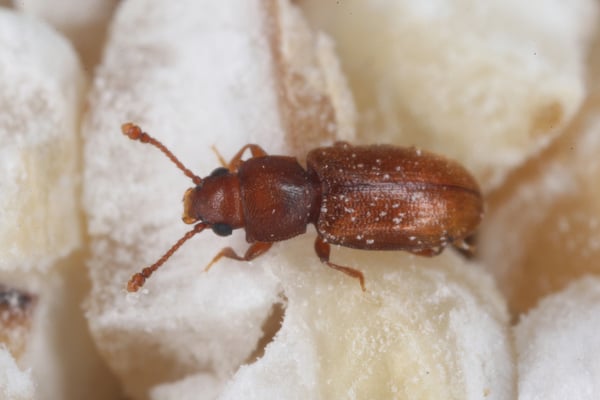 Prevent mold from growing on dry foods by storing them in airtight plastic or glass containers. Keep all of your food storage environments as dry and secure as possible.

Keep your Homes at around 60% relative humidity by using dehumidifiers, improved ventilation, circulation, and air conditioning. Pay special attention to the humidity in your attic, crawl spaces, and basement. Repair structural issues and plumbing leaks and keep up with landscaping to reduce moisture sources inside and outside. A small, handheld vacuum cleaner can be used to remove beetles found in living spaces.

A Plunkett’s professional will start by searching for sources of moisture and possible beetle breeding sites within the home. We can help minimize foreign grain beetle populations by applying insecticide, aerosol, or dust formulations in suspected breeding sites.

Unfortunately, if dampness within the structure persists, these measures are temporary fixes. The best thing you can do to prevent foreign grain beetle infestations in your home is practice diligent humidity control. If your structure is particularly vulnerable to pest infestation, we may suggest you invest in a quarterly pest management program.

‌If you’re worried you have a foreign grain beetle problem, don’t hesitate to give Plunkett’s a call right away. We’ll find your beetles, wipe them out, and help you make sure they can’t get in again. 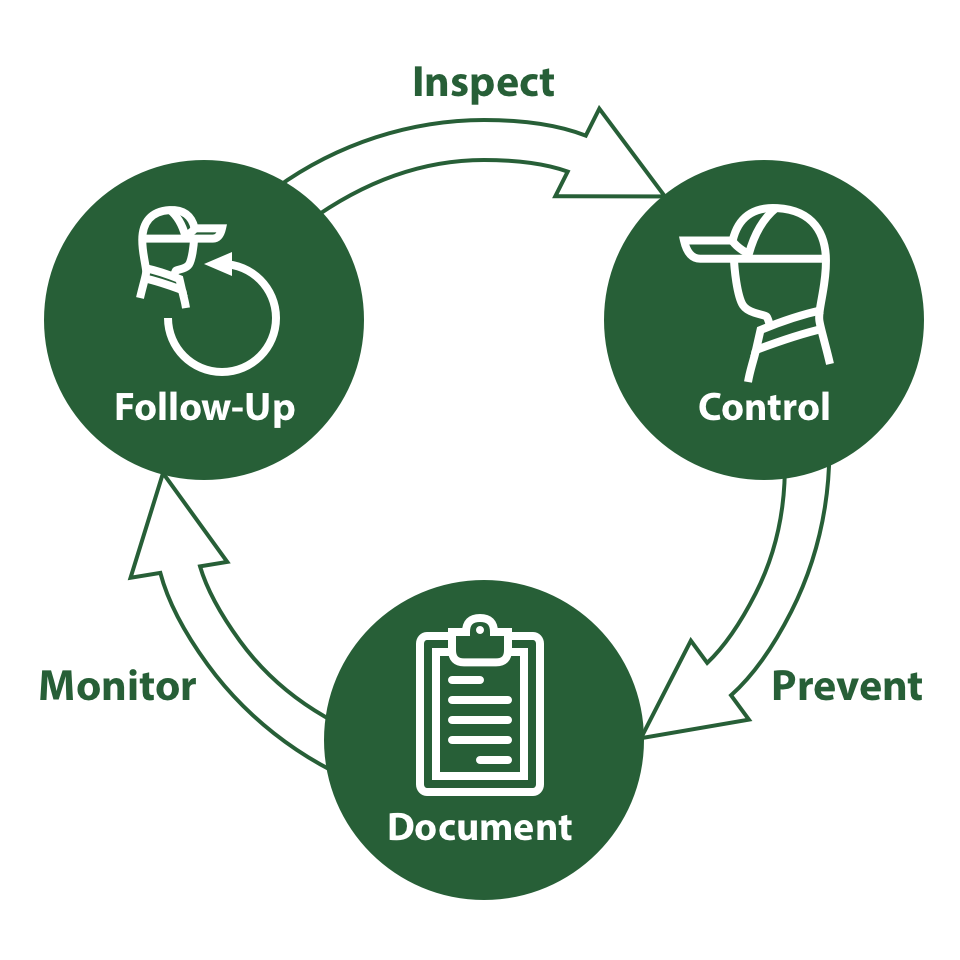