BlogWhy Do Mosquito Bites Itch? And Other Mosquito Questions, Answered 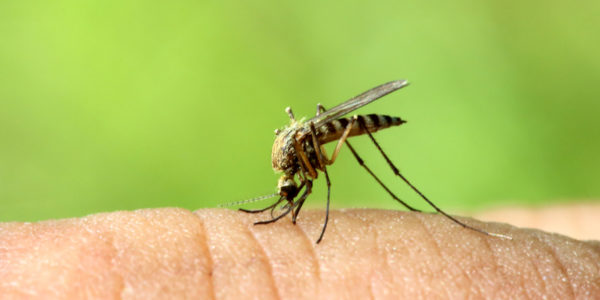 It’s officially mosquito season. Just reading that is probably enough to make your legs feel itchy. As much as you’re intimately, painfully familiar with mosquito bites, however, chances are you don’t know a lot about them. Did you know, for instance, that mosquito bites itch because of an allergic reaction?

What’s happening when a mosquito bites you?

When a mosquito “bites” you, they’re actually piercing your skin using a specialized, straw-like mouthpart called a proboscis. When the proboscis enters your skin, the mosquito also injects some of its own saliva through it. This saliva contains an anticoagulant that prevents your blood from clogging around the proboscis. Without the anticoagulant, your blood would clot around the insertion site quickly, trapping the mosquito’s proboscis inside you.

After they inject the saliva into your bloodstream, the mosquito uses the proboscis to siphon blood out of you and into it. Overall, the process is very similar to what happens when a doctor uses a needle to administer a shot or draw blood. The initial injection pushes a foreign liquid in, and then the “sucking” that follows siphons blood out.

Your body reacts to a mosquito bite very quickly after it happens. The site of the bite will start to swell up and turn red. Soon, a small, round, and puffy inflamed bump will appear where the mosquito bit you. Often, you may notice a small red dot at the center of the bump. After a couple hours, the small bump will become red and hard.

The inflammation, redness, and swelling should only last about a day. They’ll clear relatively quickly after other symptoms pass. Itching a mosquito bite excessively may produce minor scarring that lasts longer.

Why do mosquito bites itch?

Mosquito’s special anticoagulant saliva contains several proteins that most people are allergic to. Your body interprets the saliva introduced into it as a dangerous foreign contaminant. Your body responds in part by releasing a substance called histamines to the site of the bite. Histamines attach to several nerve receptors around the bite and proceed to produce all the symptoms of mosquito bites. The itchiness, redness, and puffiness of a bite are all the result of your body releasing histamines.

Histamines are the cause of all allergic symptoms. Whenever your body thinks there’s a foreign contaminant in your body, it releases histamines to help fight it. The symptoms histamines cause are supposed to be helpful in pointing out infection and fighting against it. Unfortunately, however, your body can’t tell whether the foreign substance it’s sensing is actually harmful. Allergic reactions happen when your body releases histamines in response to a harmless substance. It’s essentially an overreaction. In this case, your body is overreacting to mosquito saliva.

How do I stop a mosquito bite from itching?

Histamines trigger all the symptoms of mosquito bites, so applying topical antihistamine to the site will help. Antihistamines are exactly what they sound like: they work to counteract the influence of histamines on your body. Over-the-counter allergy medications all incorporate antihistamines in some way, whether they’re applied, sprayed, ingested, or dripped into the eyes. Applying an antihistamine cream directly to the bite will effectively treat symptoms of the allergic reaction.

If you don’t want to use antihistamines for some reason, you could also treat mosquito bite symptoms other ways. Resting an ice pack on the bite will help reduce swelling. Washing the site may help reduce itchiness and help with pain. Covering the site if you’re afraid you can’t resist the urge to itch it may be a good idea. Itching a mosquito bite tends to irritate, which only makes the itchiness worse. Anti-itch creams that don’t use antihistamines may help with itchiness, too, but they won’t treat other symptoms.
­

How do I keep mosquitoes from biting me?

Bug spray works by disguising your “scent,” making it impossible for mosquitoes to find you. When you go outside to mosquito-infested places, you should always bring and apply bug spray. As long as you apply your spray as thoroughly and regularly as the instructions suggest, it should prevent bites. Mosquitoes tend to aim for exposed, vulnerable areas of the body where they can feed without their victim noticing. Pay careful attention to the back of your knees, your shins and ankles, and your armpits.

To prevent mosquito bites at home, you have to prevent mosquito-friendly environments. Mosquitoes love stagnant water more than anything. Look for and clean up puddles, plumbing leaks, moist parts of the yard, and sources of excess condensation. Repair screens on your windows and replace worn-down weatherproofing. You’ll never be able to totally eliminate mosquitoes around your home, but you can drastically reduce their numbers.

If you’ve got more mosquitoes than you can handle, give Plunkett’s a call any time. We’ve got everything you need to make your summer a whole lot less itchy. 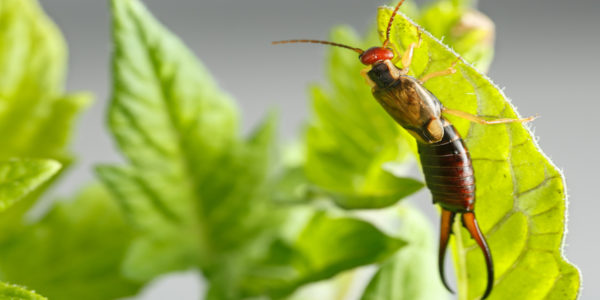 The Return of the Earwigs
Next 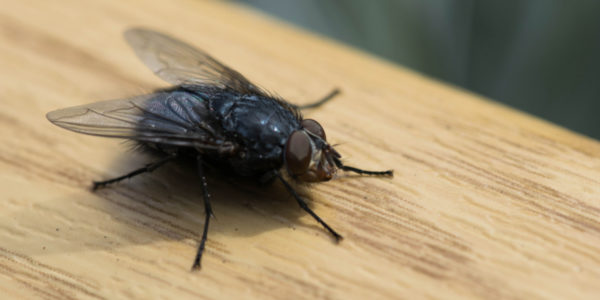 How to Keep Flies Out This Summer