BlogHaunted Houses: 4 of the Worst Pest Infestations Ever 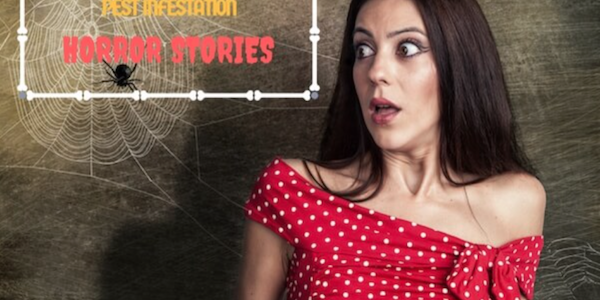 It’s the season for spooky stories, and we here at Plunkett’s know some real doozies. Sure, vampires and werewolves and Jason Vorhees are scary, but they aren’t real! Pest infestations are. Freddy can’t really get you while you’re sleeping, but bedbugs sure can.

That’s why, when it comes to sharing campfire horror stories, we here at Plunkett’s like these true stories of pest infestations so severe they seem like something out of a nightmare. Well, that and because we’re pest control people. A little on-the-nose, sure, but hey, we know what we’re about. Dim the lights, put on some mood music, and see if while you’re reading these you don’t feel a certain creeping, skittering sensation on the back of your neck. Don’t worry, you’re just paranoid. Probably. 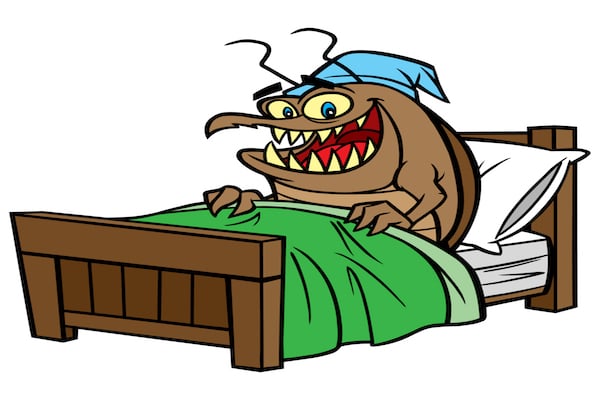 We’ve handled some pretty gross bed bug infestations, but this 2016 outbreak in Augusta, Maine was so severe it prompted city officials to propose an emergency ordinance. The mattresses of the apartment building were so infested that the entire building had to be sprayed down with chemicals. One tenet was bitten so many times he was covered in scabs and had to be sent to the hospital for treatment.

The complex shared common rooms and bathrooms, which allowed the bed bugs to spread from apartment to apartment. The city code enforcement officer called in to investigate said there were bed bugs in the walls, the floors, the bathrooms--and every room he went into. Photographs taken inside showed dozens of bed bug exoskeletons, shed and left behind by the creatures as they grew.

Eventually, a city task force had to partner with professionals, Avengers style, to solve the apartment building’s problem. In the wake of this bed bug armageddon, the cities’ proposed emergency ordinance would assign greater pest-prevention responsibility to the building’s landlord. The landlord would be required to come up with a decontamination plan and would be responsible should tenets lose any of their belongings to an infestation. A bed bug problem so bad the man has to step in sounds like it would really bite (sorry). 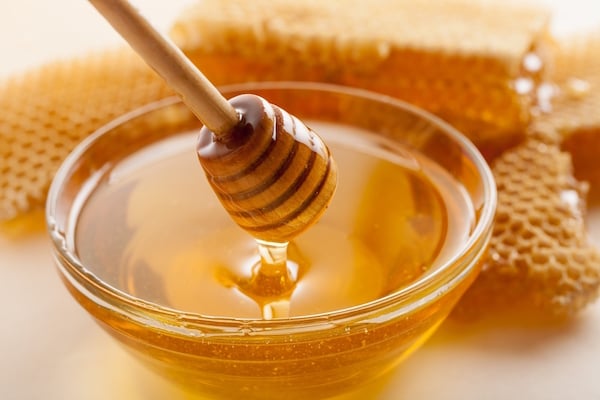 One morning, Loretta Yates of Ontario, Canada noticed something dripping on her from a crack in her kitchen’s ceiling. She later recalled her husband saying he had been noticing a lot of bee activity around their house. He had noticed bees swarming in “blankets” around the kitchen door, like they were trying to get in.

Soon there were more signs that something was seriously wrong. New cracks started appearing in the ceiling around their one-and-a-half story home, oozing the same substance Loretta noticed in the kitchen. At one point a lightbulb in the house blew after filling with it. That substance was honey. Honey being produced by two massive bee colonies nestled in the first-floor ceiling of the Yates home. The bees the couple noticed outside their kitchen door were trying to get in, but couldn’t because there wasn’t any room.

By the help the Yates were able to get the help they needed, there were something like 80,000 bees nesting in their home. Loretta called in beekeepers from Saugeen County Honey, who had to take down the ceilings to scrape the honeycombs out. The job took six hours and cost over $15,000 dollars. Over 220 pounds of honeycomb was recovered. The most amazing part? None of the Yates were ever stung by a bee! 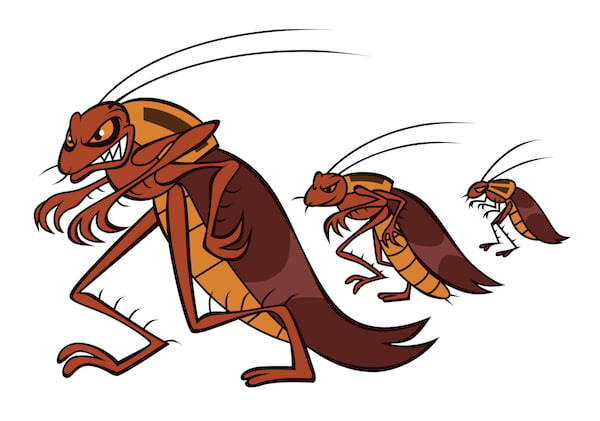 The Worst Roach Infestation of All Time

The story we’re able to tell is a legend in the pest control community, spoken of only in hushed whispers from the safety of a fumigation tent. Schenectady, New York. The year is 1979. NYPD officers respond to a routine noise complaint. A dog was barking loudly inside an apartment. When the officers arrived at the scene, the reason for the dog’s barking was immediately apparent. An “ankle-deep” swarm of cockroaches had overwhelmed the small apartment. Cockroaches were covering the trees outside and the street was scarcely visible. When the police attempted to leave their vehicle, they were swiftly overtaken and covered with the creepy-crawlies, as well.

Exterminator Harry Linindoll was quoted as saying “the number (of cockroaches in the building) is definitely in the millions.” Millions. Of cockroaches. The 64 year old resident was hospitalized for cockroach bites covering her body. Several of the many dogs, cats, and mice living in the residence were not so lucky. When James Provost, the manager of the shelter where the poor animals were taken, arrived at the apartment, he said the cockroaches stretched from floor to ceiling. “It was a nightmare.”

You can read the whole story in this newspaper excerpt from the period, though we have to warn you: we spared you the most grisly details. Yeah. We know how ridiculous that sounds, too. 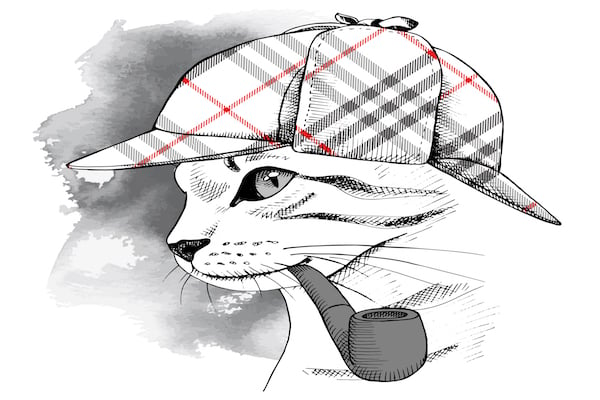 We need a refresher after that last story. Chicago, like many major cities, is known to have a bad rat problem. When old buildings are demolished, the rats living there scurry out to find new places to reside. This is what happened in the Lincoln Park neighborhood when a century-old hospital nearby was torn down. Resident Victoria Thomas said she could hear rats scampering in her backyard every night. “At one point we had about 400 rats living next door,” she said to NPR reporters.

Thomas tried everything to stem the furry tide, all to no avail. Then, with help from the Tree House Humane Society, she enlisted the assistance of a feral cat colony. Now, Thomas says “We have a couple dead rats...once a month, we’ll get a dead rat,” but she has no other problems. “These cats are amazing.”

These cats don’t belong to Thomas, or any of the other residents of Lincoln Park. Thomas and other neighbors provide them with food, water, and insulated shelters, but they stay outside and patrol their neighborhood beats freely. The program is so successful that other neighborhoods in major metro areas are looking into getting their own anti-rat feline deputies.

In the spirit of the season, we’ll let you in on a little secret: pests sometimes creep us out, too. Much like Batman, we do our jobs not out of an absence of fear, but because of our fear. We understand how gross, disruptive, and even scary pest infestations can be, which is why we take pride in defending our customers from those villainous vermin. If you have a pest problem--big, small, or monstrous--give Plunkett’s a call and we’ll handle it, just like we have for over 100 years. 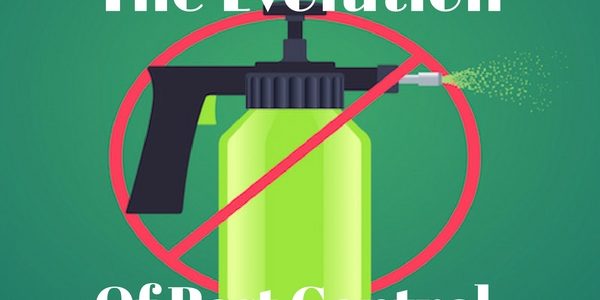 The Evolution of Extermination: Pest Control Through the Ages
Next 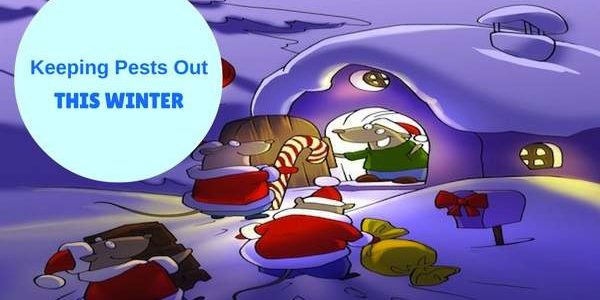 How to Keep Out Pests This Winter